Since I went to bed around 8pm last night, I was up bright eyed and bushy tailed at 5am.  I procrastinated getting out of bed, but eventually did rise around 6:30.  I then proceeded to take a morning walk for an  hour walking up and down the commercial area of malls and restaurants near my condo.  This is when I bought a delicious coconut jam called KAYA or Sri Kaya it is a Malaysian Favourite of Coconut, Cream & Egg.  I had it on raisin bread for breakfast.  Then I also bought a "Grass Jelly Drink" with Chunky Jelly Cubes- a Body Quencher... ok it was a bad buy on my part, cant drink it,,, I thought it would be like bubble tea, but it is not.

Now on to my Orientation:

This is the building that at-Sunrice is located in, don't you just love the frog... Cant miss it when giving directions to someone,,, just look for the building with the sushi frog on it.  :)  Rib bit 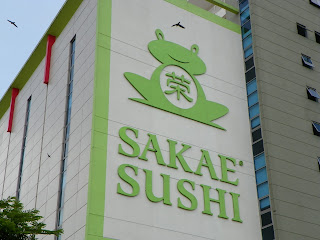 Mr. Chow from the school picked me up a little after 11 am for my orientation.  The orientation was a overview of the new building and some procedures, since tomorrow is the first day in the new building everyone was double checking everything and having meetings to ensure that all goes according to plan. 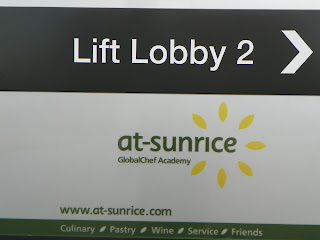 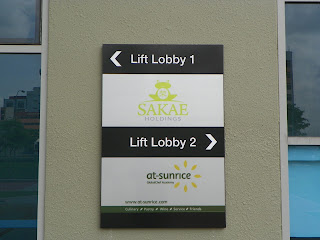 I am working the PM lab classes for 8 out of my 10 class days, with only one day off, that being next Sunday.  I will have many pictures of the new building, but I can tell you, it was breath taking to me, but more to come soon.  So I work tomorrow at 1pm to get acclimated, and learn there systems and forms of grading etc,  more to follow after my first day teaching.

Ok now on to more exploration and lunch: 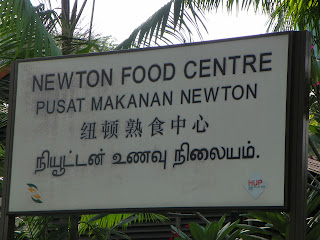 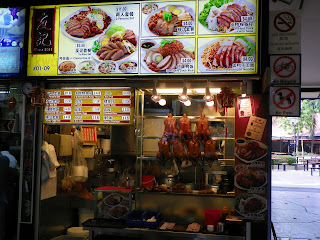 I went to Newton Hawkers Centre, this is an outdoor food courte, but the owners of each little establishment , prompt you, persuade you, and do whatever they can to have you eat at their shop.  I would guess and say there are 40 of the little food vendors in the Centre.

I had the specialty duck rice, it was very good. 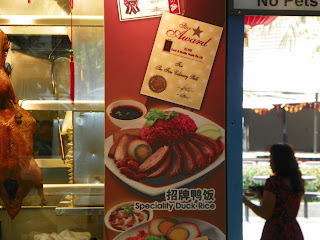 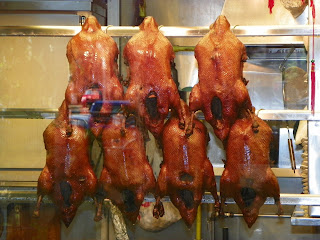 As you may or may not know Dengue fever can sometimes be a problem here in Singapore, an construction site I walk to on my way to the subway station (MRT) has this funny sign posted. 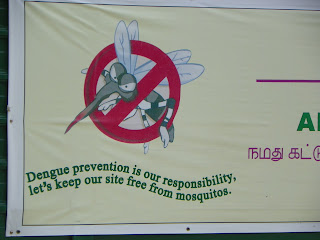 The MRT or mass rapid transit (subway) system in Singapore is the cleanest, fastest, most organized subway system I have ever seen, I will be using the MRT 80% of the time to get around so I am glad that it is so efficient and easy to use.  Luckily for me as well there is a subway station right across from at-Sunrice 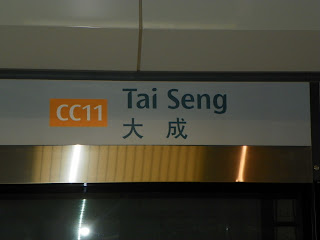 and the station near the condo is no more than a 10 minute walk.  I did get lost coming home but luckily the parsley showed me the way, yes, parsley, I happen to notice a big patch of parsley near the MRT and when I was lost, I saw the parsley and I knew I where I was, funny, a chef using parsley as a map....
For the evening I ventured to Clarke Quay, Clarke Quay is the place where you go when you want to have over 200 dining options and want every cuisine on the world.  If you want it, its there. And across the Singapore river is a large , large, mall called Central 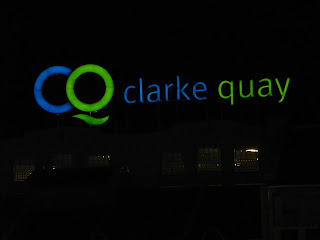 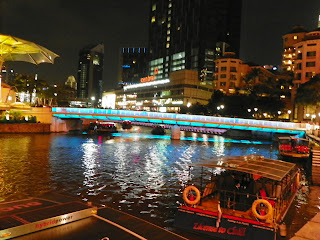 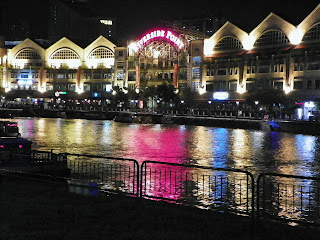 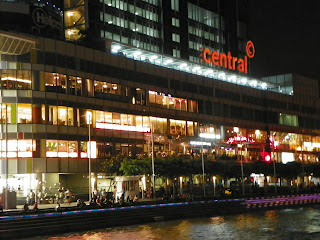 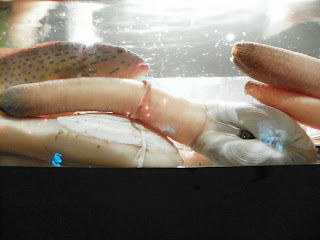 ﻿They are Gooey Ducks,,,  a large salt water clam....
Enjoy the orchids, until I blog again: 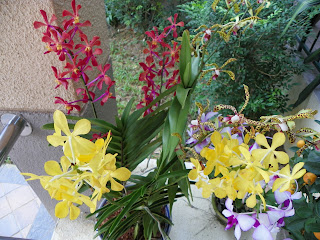 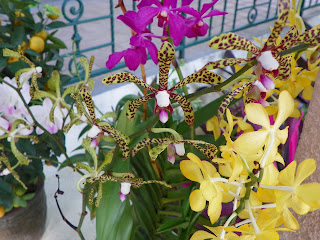 Posted by #FacultyFriday at 4:51 AM

Email ThisBlogThis!Share to TwitterShare to FacebookShare to Pinterest
Labels: Singapore