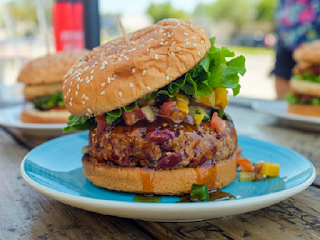 You may have already noticed but things have been getting … interesting in the food world. Take a recent example from fall 2019, when social media blew up over chicken sandwiches, a long-standing fast-food staple that, th
anks to clever marketing, sparked an online frenzy between competing chains.
After the clucking died down and a new year began, many people wondered what could be next? Would the industry serve up more innovative and new products or would it fall back on tried-and-true crowd pleasers?  Nation’s Restaurant News points out eight trends to be on the lookout for this year. We asked Johnson & Wales professor, Douglas Stuchel, for his picks: Here’s his take on the top-three trends for 2020.

1. Real Meat Burgers Will Make a Comeback
In recent years there’s been a large movement of people choosing to live off of plant-based diets. For example, Burger King launched their Impossible Whopper, a take on their signature Whopper that is made entirely from plant-based products. Meanwhile at Subway, they’re hoping on the bandwagon by coming out with their own plant-based item, the Beyond Meatball Marinara. But it’s not just isolated to these two chains, almost everyone is taking a swing at creating plant-based menu items. 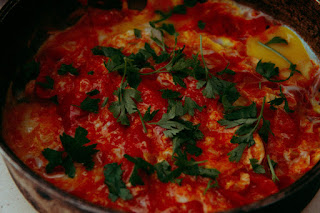 While this trend has been super popular with consumers and is expected to continue, recent doubts about how healthy these products really are have begun to cloud doubt in the court of public opinion. “Although better for the environment and planet, the processed foods being created have been tested and shown to not be dramatically, if at all, healthier for you to eat,” Stuchel said. Instead he argues that instead of consumers switching to 100% plant-based items, he expects diets to fall more into the middle. “Flexitarian diets seem to be the best of both worlds,” he says. “It’s expected people will reduce the amount of animal-based proteins and increase the amount of fruits, vegetables, legumes and fungi.”

2. I Can’t Believe it isn’t Meat
Although the article points out that burgers will begin to make a comeback, it also urges consumers to not take their eye off of the innovation that is coming with plant-based foods. The Nation’s Restaurant News points out that developments like tomato-based tuna and a replacement for eggs made from mung bean are expected to be just some of the many new plant-based alternatives. “Innovative chefs are creating meat-alternative menu items such as the Watermelon Ham and Watermelon Steak,” said Stuchel.

These concepts may seem strange to those out of the know, but Stuchel argues that there is an audience for it and it is expected that the demand for these products will only grow. For proof, he points to a recent new chain that serves 100% vegan meals, Plant City. Owned by Matthew Kenney Cuisine, a group that currently runs over thirty completely vegan restaurants around the globe, they expect to grow substantially over the next few years. “Plant City has received a lot of press and interest over the last several months – the concept is looking to expand to up to 100 locations over the next several years,” Stuchel added.

The article predicts that with environmental sustainability being at the forefront of many people’s minds, the pendulum might begin to swing back. “Although it is true that plant-based diets have great environmental advantages, there are still problems with pesticides, hormones, water requirements, impacts of transportation, etc.,” Stuchel said.

3. A Game of Chicken 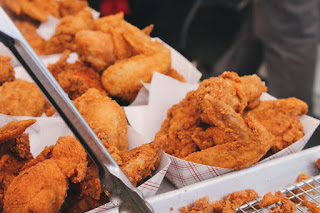 With such a huge impact to the foodie world at the end of 2019, it’s hard to imagine that the chicken sandwich war would come to a complete cease-fire. Sure, the social media feud between who has the best chicken sandwich has slowed, but National Restaurant Week predicts thatcompanies are back at the drawing board and crafting up the next big thing. In the article, the National Owners Association, a group comprised of McDonalds franchise owners told Nation’s Restaurant News, “JFK called for a man on the moon; our call should be a category-leading chicken sandwich.”

As for what to expect, Stuchel believes companies are going to be thinking out of the box when it comes to the next big thing in chicken. “The menu choices for wings, tenders and alternatives is becoming more globally influenced,” said Stuchel. “Not only can you get the traditional buffalo wing, you can pretty much get any globally-inspired flavors, as well as dry rubbed, cured, smoked, marinated, etc.”

But he also says not to count the chicken sandwich down for the count. Instead, he fully expects other big-name players to reignite the chicken sandwich war. “With Wendy’s launching their breakfast menu concept that includes a Honey Butter Chicken Biscuit they are now directly targeting and competing with the Chic-fil-a chicken biscuit,” he says, adding, “I would predict before the end of the year the chicken biscuit could be the next offensive in the growing war on who makes the best chicken menu item.”

Want to learn more about earning your BS – Culinary Arts and Food Service Management with Johnson & Wales University’s College of Online Education? For more information, complete the “Request Info” form on this page or call 855-JWU-1881

Posted by #FacultyFriday at 5:25 PM