Being two weeks old means they have double in size and since and are much bigger now from when they hatched.   I have had to move them from their brooder located inside the house to a temporary pen / brooder out in the garage.   Over the past two weeks they have eaten almost 20# of starter /grower and drink about 1 1/2 gallons of water a day.  They also enjoy making a mess and playing in the water, ducklings just want to have fun.


Additionally being two weeks of age means that (according to  Storey's Guide to Raising Poultry, 4th Edition: Chickens, Turkeys, Ducks, Geese, Guineas, Gamebirds) you change the duckling diet from one that contains 20+% protein to one around 16-17% protein.  Unfortunately Rhode Island feed stores don't carry any waterfowl feed so I will have to augment the current starter/grower feed with 25% old fashion oats.  I have also started giving them some brewers yeast to supplement their Vitamin B (niacin) intake to ensure they have strong legs to waddle with. 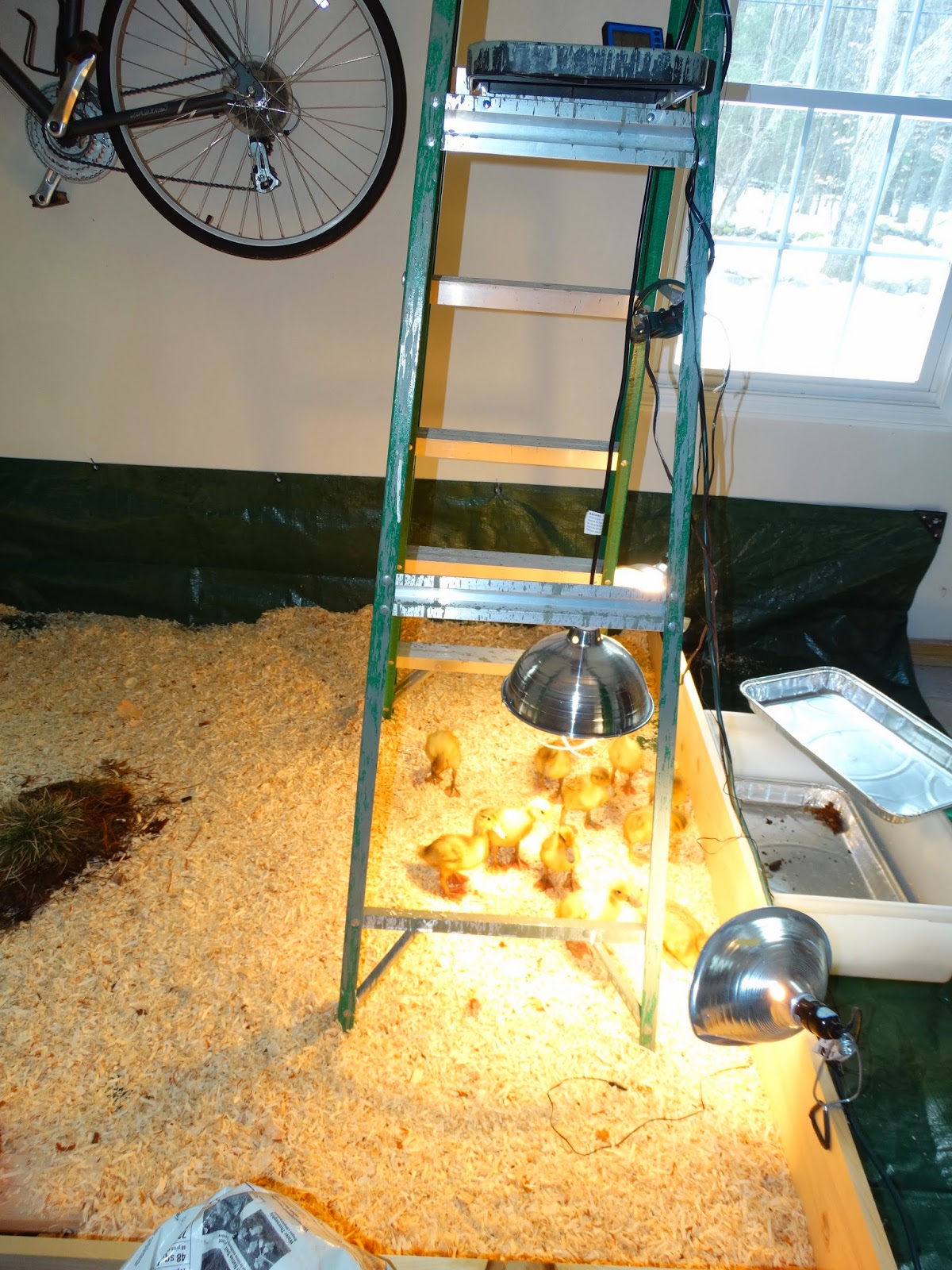 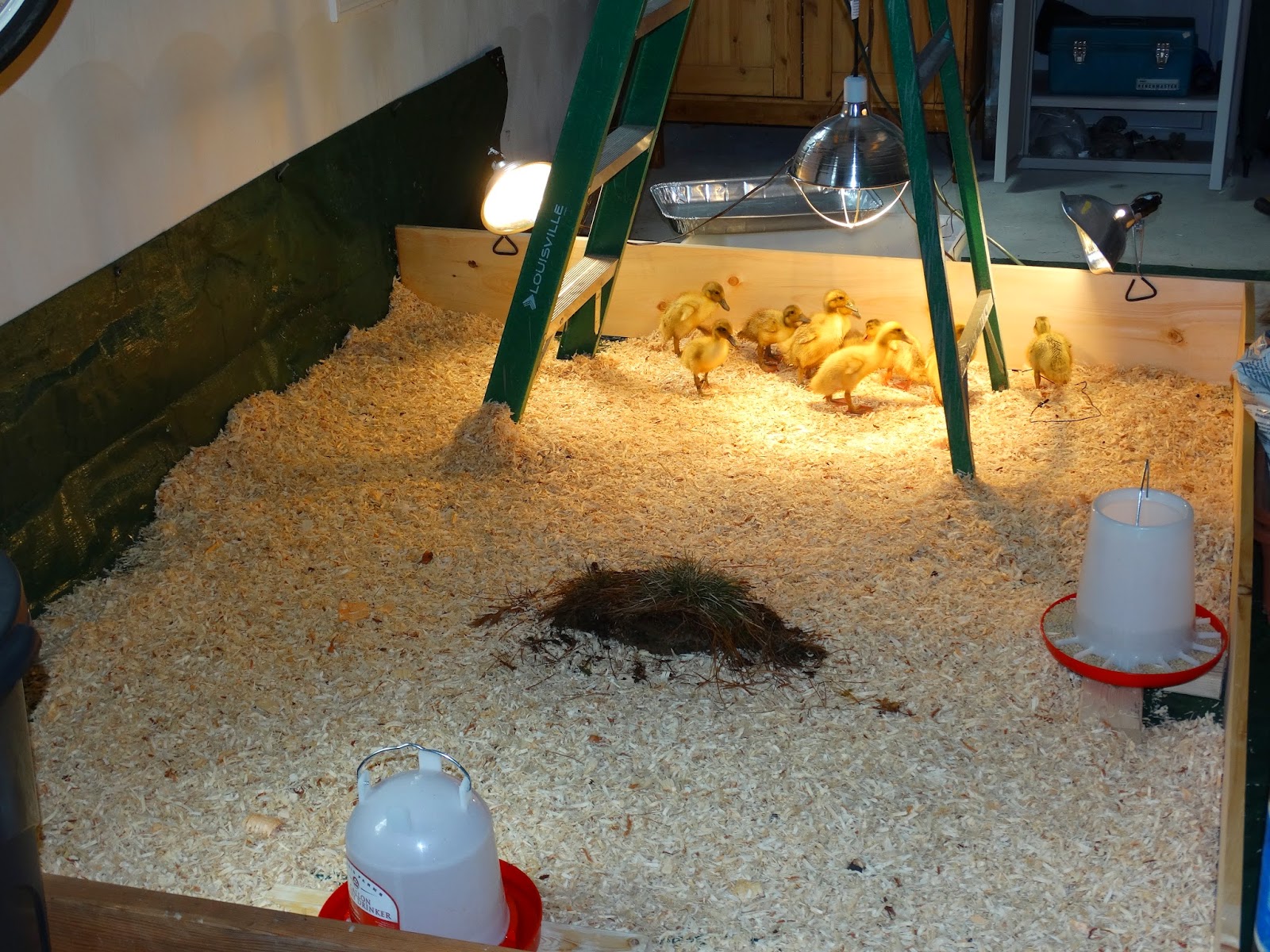 DOUBLE THE SIZE IN TWO WEEKS 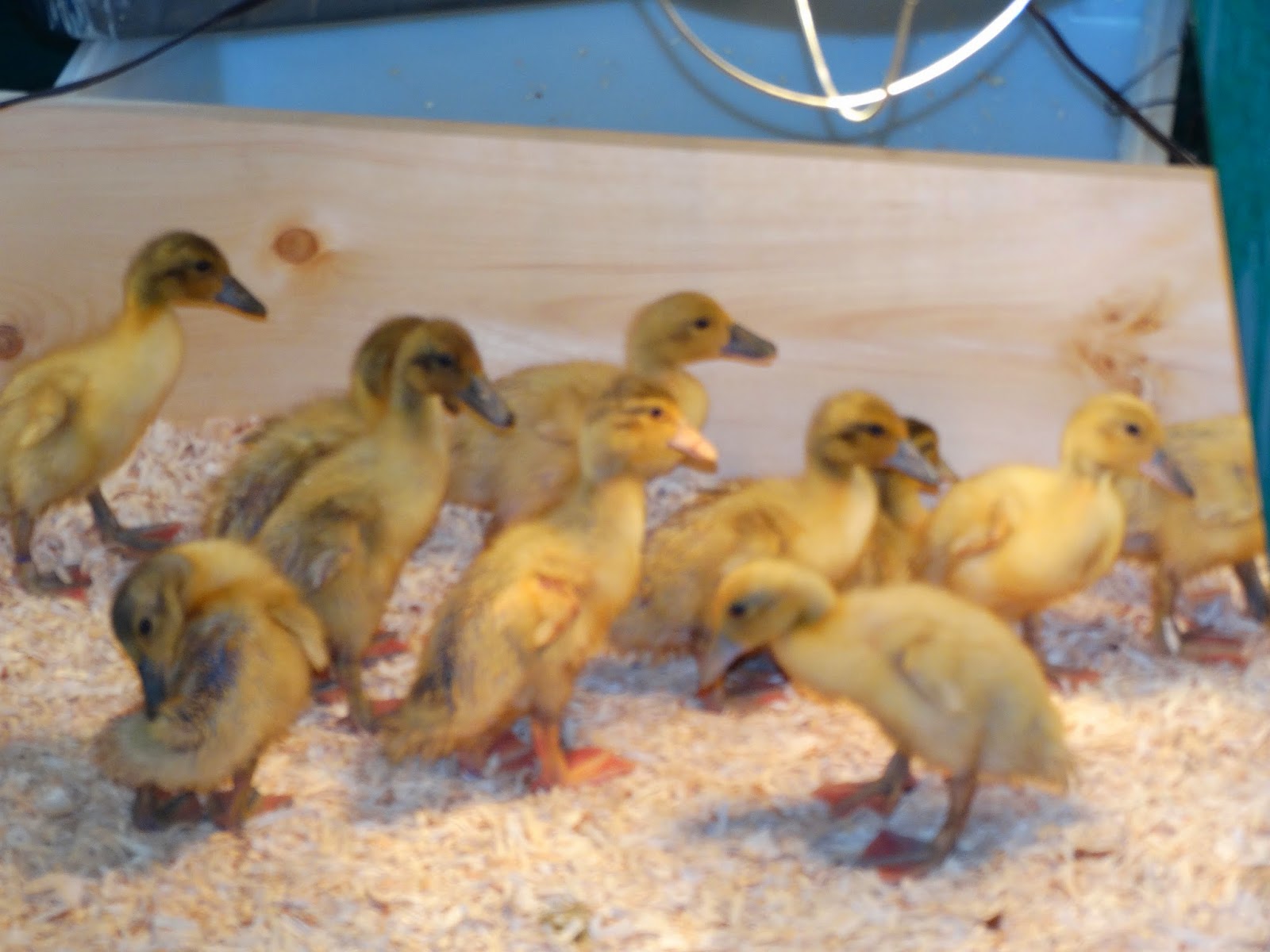 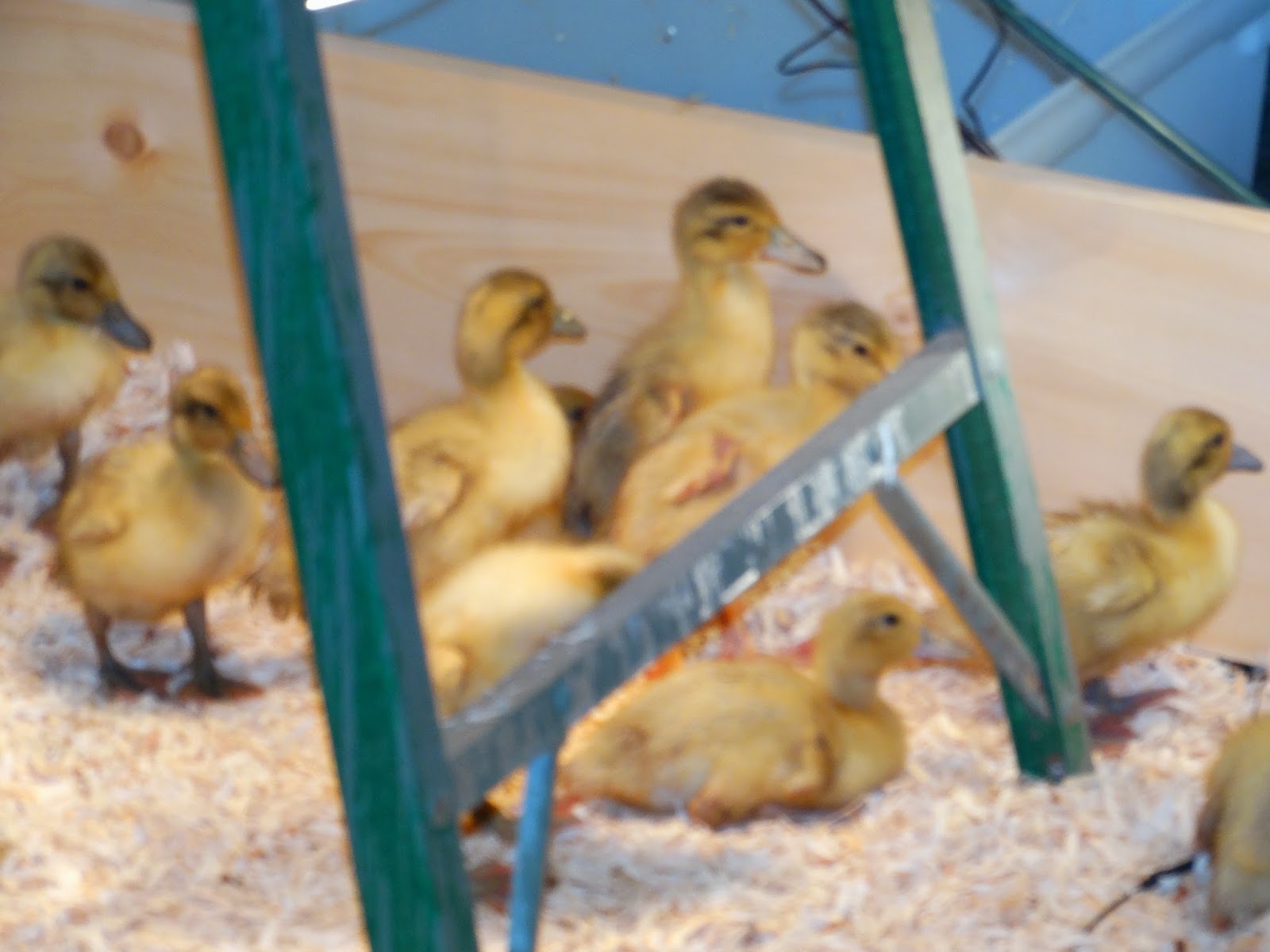 They should start growing in their feathers soon and as soon as I can build the duck barn they will be moving to their permanent home.

Stay tuned for further updates....
Posted by #FacultyFriday at 2:49 PM