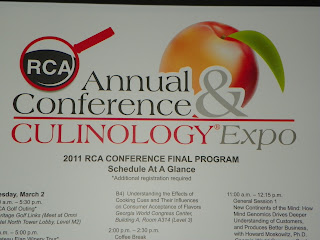 Starting shortly after 6:00 a.m. the JWU student Culinology Team started there competition.  They had until 8:00 a.m. to prepare and present their proposed Southern Dessert Concept Featuring Peaches for a Family-Style Restaurant.  The teams proposal was a  shelf stable peach jellyroll. called the "Peach de Resistance" They are competing against 5 other teams, Louisiana State University, Mississippi State University, Southern Minnesota State University, University of Guelph and the University of Minnesota.
Finalist teams will commercialize and ship their frozen dessert to the competition site in Atlanta.  On the day of the competition, teams will prepare their fresh, gold standard menu item.  In a Culinology Match Test, competition judges will compare each teams plated, commercialized dessert against their corresponding freshly prepared dessert against such criteria as ingredient composition/authenticity, professionalism, technical skill, safety and sanitation and overall similarity to the gold standard.  The competition winner will be announced at the Annual Lunch on March 5th. 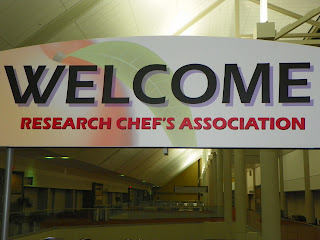 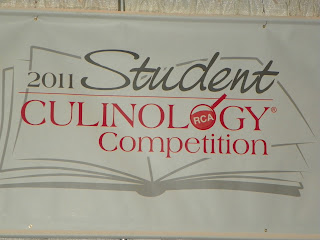 The following is the product description and  presentation: 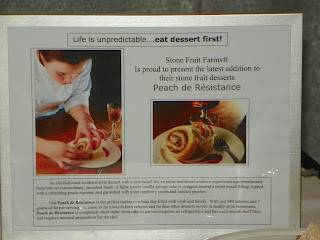 The following is the gold standard recipe they created today for the competition. 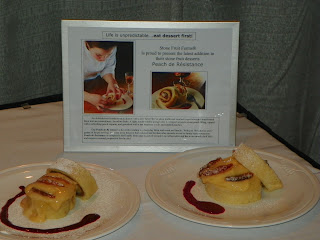 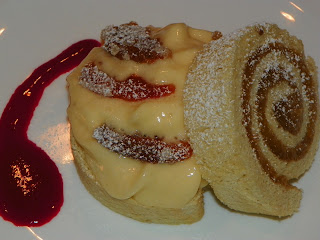 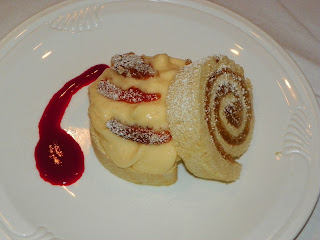 I will keep you posted on the outcome when the winner is announced on Saturday.

More pictures of the sights of Atlanta and the RCA in my next update.