I have the great fortune of taking a group of JWU students to Costa Rica for the month of July as part of a summer abroad program. 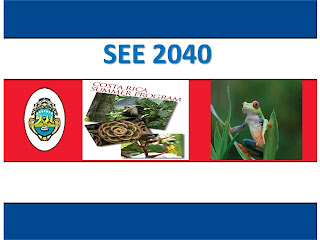 Here is a summary of this great program

Satisfactory completion of the Costa Rica program fulfills all requirements for a concentration in Adventure, Sport and Nature Based Tourism.

This is a physically active and comprehensive program.

After meeting in the capital city of San José, travel to Tortuguero in the northeast of the country for a unique experience with nature, then spend weeks studying at the Tirimbina Rainforest Center, hiking the rainforest and studying both eco and sustainable tourism with JWU faculty and local Costa Rican professors.

Field work and excursions include pineapple, coffee, and black pepper tours as well as horseback riding and river rafting adventures.

Academic excursions range from learning the intricate relationships of Ecofarms to building sustainable businesses around volcanic hot springs and the rich rainforest canopies.

While in Costa Rica, learn about the heritage of Sarchi’s oxcart factory. Try zip-lining, watch humming birds, and walk along hanging bridges.

Basic Costa Rica Information on the Republic of Costa Rica

This Central American country lies between Nicaragua to the north and Panama to the south. Its area slightly exceeds that of Vermont and New Hampshire combined. It has a narrow Pacific coastal region. Cocos Island (10 sq mi; 26 sq km), about 300 mi (483 km) off the Pacific Coast, is under Costa Rican sovereignty

Costa Rica was inhabited by an estimated 400,000 Indians when Columbus explored it in 1502. The Spanish conquest began in 1524. The region grew slowly and was administered as a Spanish province. Costa Rica achieved independence in 1821 but was absorbed for two years by Agustín de Iturbide in his Mexican empire. It became a republic in 1848. Except for the military dictatorship of Tomás Guardia from 1870 to 1882, Costa Rica has enjoyed one of the most democratic governments in Latin America.

In the 1970s, rising oil prices, falling international commodity prices, and inflation hurt the economy. Efforts have since been made to reduce reliance on coffee, banana, and beef exports. Tourism is now a major business. Óscar Arias Sánchez worked to simultaneously heal his country's economic woes and foster peace in Central America.

José Maria Figueres Olsen of the National Liberation Party became president in 1994. He opposed economic suggestions made by the International Monetary Fund, instead favoring greater government intervention in the economy. The World Bank subsequently withheld $100 million of financing. In 1998, Miguel Angel Rodríguez of the Social Christian Unity Party became president, pledging economic reforms, such as privatization. In 2000, Costa Rica and Nicaragua resolved a long-standing dispute over navigation of the San Juan River, which forms their shared border. A psychiatrist, Abel Pacheco, also of the Social Christian Unity Party, won the presidency in elections held in April 2002. In May 2003, several national strikes took place, by energy and telecommunications workers over


Costa Rica has a reputation as one of the most stable, prosperous, and least corrupt Latin American countries. But in fall 2004, three former Costa Rican presidents (José Maria Figueres Olsen, Miguel Angel Rodríguez, and Rafael Angel Calderon) were investigated on corruption charges. In 2006, Óscar Arias Sánchez was elected president. Arias, who had served as president once before (1986–1990), won the Nobel Peace Prize in 1987 for fostering peace talks that eventually ended the civil wars in El Salvador and Nicaragua.

The Costa Rican government voted in November 2008 to implement the Central American Free Trade Agreement that voters had approved in October 2007.

In February 2010, Laura Chinchilla became the country's first woman to be elected president, taking 47% of the vote. She's a protegé of outgoing centrist president Oscar Arias.

Posted by #FacultyFriday at 5:21 PM